The first appearance at the Vex World Championships was before the team was called the Vexmen. Two teams attended in 80 and 81 and we got to see Steve Rhoads and Foster Schucker crowned Mentors of the Year!

2011 saw the Vexmen grow dramatically and we sent seven teams to the middle school division. We won our first worlds awards that year with the highest honor of the Excellence Award going to team 80 Nightcrawler. The club won three awards that year. 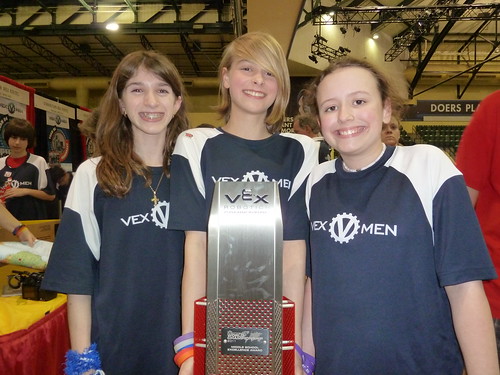 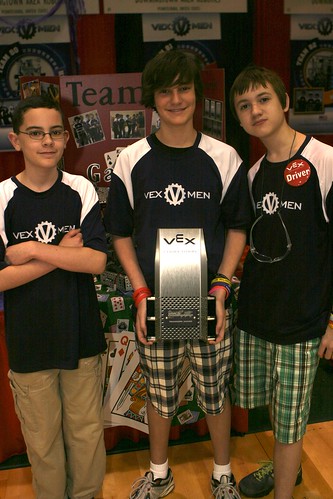 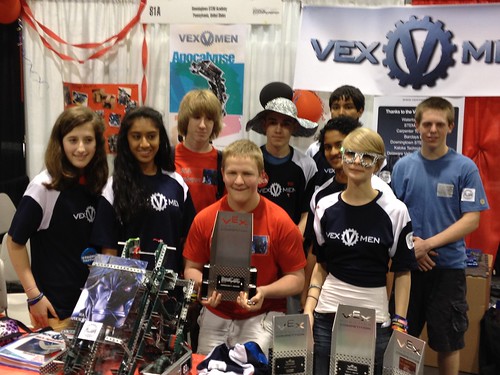 Team 81A and 81S with the Community Award 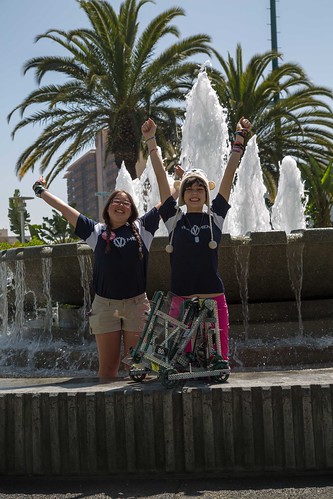 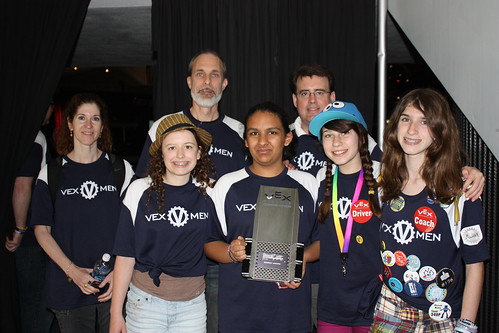 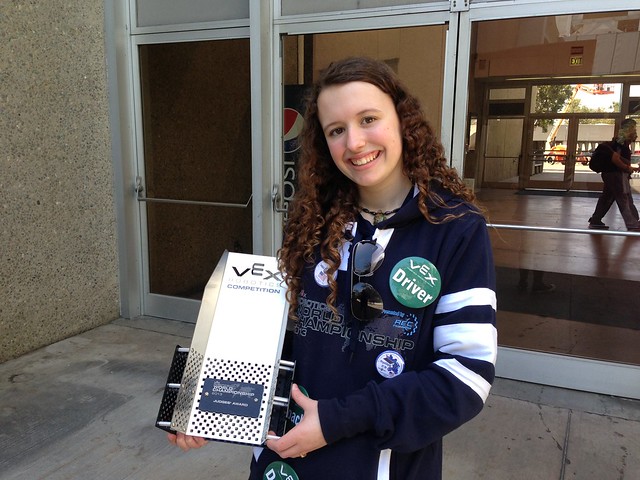 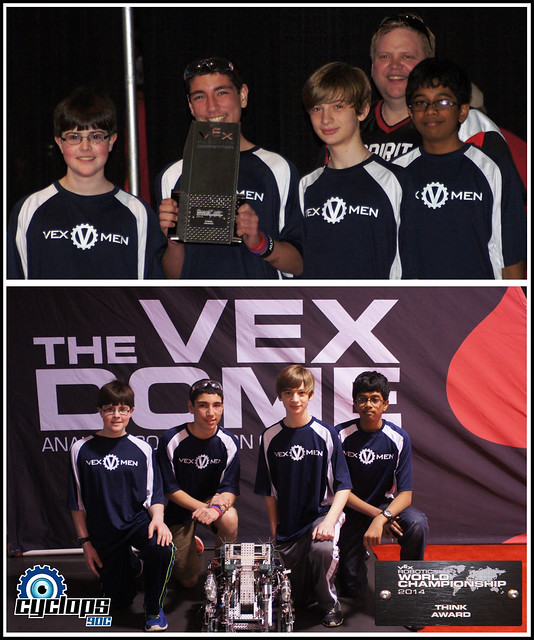 The 2015 World Championships moved to Louisville, KY and three teams are attending – two middle school, one high school. Teams 80N Nightcrawler, 80Y Cypher represented the middle school division and team 81M Mystique made it back to world championships after a year missing the event.

We earned not only one design award but two this year! Team 92P Phoenix took home the Math division Design Award in our first appearance in IQ at Vex Worlds. This is the first time an organization has won multiple design awards at the same world championship.

Team 81Y-Cypher 2018 VEX Worlds Research Division Champions and also recipients of the 2018 CREATE Award, which is presented to a team whose robot design incorporates a creative engineering solution to the design challenges of this season’s game.

Team 80J-Cannonball won the Engineering Design Award in the Middle School VRC Spirit Division. This award is presented to a team that demonstrates an organized and professional approach to the design process, project and time management and team organization.

Team 92P-Phoenix won the Engineering Design Award in the Middle School VEXIQ Arts Division. This award is presented to a team that demonstrates an organized and professional approach to the design process, project and time management and team organization. They also were honored to present the overall Excellence Award to a team from Hawaii on stage in front of more than 15,000 people in main Kentucky Exposition Center stadium, Freedom Hall.