Each year, the Vexmen follow the same general cadence to the season and change the calendar slightly based upon changes in the overall Vex Robotics competition calendar. The opportunity to join the Vexmen is typically at the beginning of the school year or by participating in one of our spring educational classes. Beyond the first initial weeks of design, new roboteers have a much steeper learning curve and will not feel as invested in the design process with a half built robot that was not their idea.

Each year we form new teams at the beginning of the school year. We are self-forming teams so if you want to build with a set of your friends we can try and accommodate that if possible. Either way we will try and find a good home for new roboteers. New roboteers are generally placed together as a team but is not always the rule. In order to be most efficient we will have teams of at least four roboteers and try and cap them at five. Any more than five roboteers, there is always at least one student with nothing to do. This is a hands on, brain fully engaged activity, From team selection, roboteers learn about the new game, develop their ideas on the robot design, start their engineering notebook, and establish team members and roles for the build. 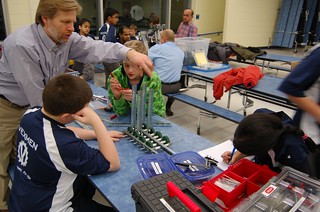 The allocation of Tuesday and Wednesday build slots are given to existing teams first and then we see how many spots each night can hold to balance the activity between nights. We are currently fairly evenly distributed but previously Wednesday has been a much more popular night.

The Vexmen team Google calendar is on the website right hand side bar so you can link it to your calendar any time. 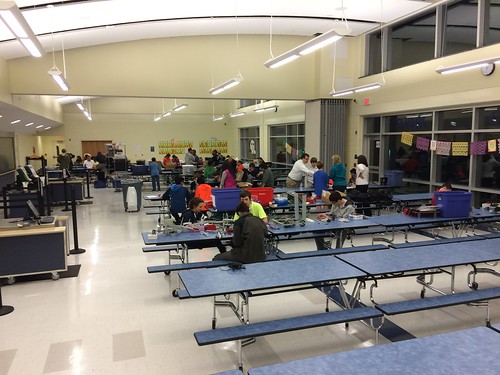 The competitions are all-day events in the Philadelphia area, and are held nearly every Saturday in January. 4-5 qualifying events each year. We still meet on Tuesday and Wednesday nights during the week but Saturdays are the chance to play and shine through interviews with judges on your design. It’s just the kids and the judges in the room so they get to practice explaining their designs and honing their communication skills. 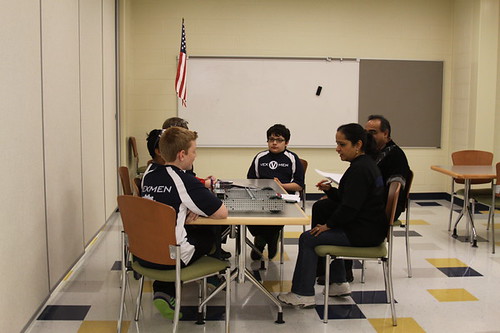 Competitions run from 8am until about 4pm each Saturday. A typical event starts qualifying matches from 9am until almost 2pm in a random draw of 2 on 2 matches. Then elimination rounds are selected as teams of three. generally 8 alliances are selected for local tournaments. Play begins until a tournament champion alliance is crowned. Judged awards are given at each event and some qualify teams for PA State Championships. Additionally, skills competitions at each event are used across the season for driving skills and autonomous programming skills. 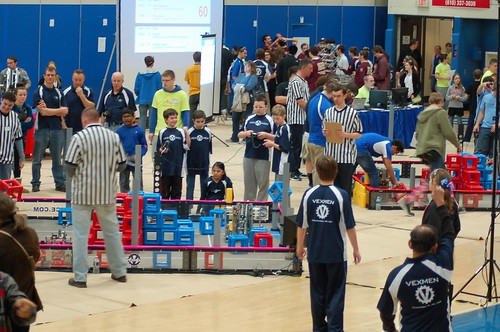 Sometimes there is an optional event in the fall or December. Most times, student roboteers are not prepared to play early events but we will support them to play.

The Vexmen typically host at least one event per year and we need our parents to help run these events. Also, mentors can participate at the local events as judges and referees. 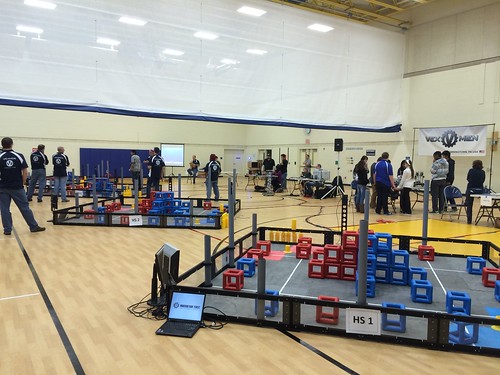 The culmination of our local competition season. You must qualify to attend at one of the previous events or through skills. Middle School and High School are in their own divisions with their own pathways to World Championships. The PA State Championship has been used as the model for advancing onward since 2013. In 2015, the Vexmen qualified 21 of our 23 teams to the state championships and won a total of 18 awards.

The date of the PA State championships is set each year to be the end of February or the first Saturday in March. It should be at least five weeks from World Championships. This one event sends qualifiers on to the Vex World Championships from Pennsylvania. No out of state entrants can come and claim those spots. It is unfortunate if you have a bad day, but is the only way to allocate a small resource. 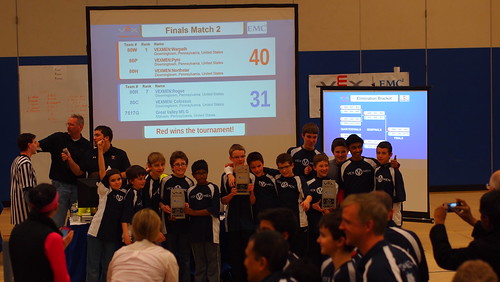 There are two post-season events available to Vex teams. The Vex World Championships is a gathering of 850+ robots in 5 different divisions to find out the true champions of the world. Countries such as China, Mexico, Singapore, the UK, and New Zealand are present every year. The US Open is a different gathering in Omaha, Nebraska. Teams qualify for the US Open typically by winning a local tournament or receiving the Excellence Award at a local tournament.

For World Championships, only a few teams qualify per state, so it is an honor to even go and represent Pennsylvania and the Vexmen among the 12,000 teams globally. Worlds has been held in Dallas, Orlando, Anaheim, and moves to Louisville, KY in 2015. The Vexmen have gone the past six consecutive years to World Championships and have entered the US Open for the first time in 2015.

Once competition season is complete, we offer optional enrichment classes once a week from April – May for 8 weeks covering the basics of robotics for new roboteers as well as a more advanced class to bring up the level of our roboteers. During the regular robotics season, there is typically not enough hours to stop and analyze in detail the engineering and physics behind the robot design. The first class typically covers build techniques, gear ratios, center of gravity, the engineering design process, and programming techniques. The more advanced class is offered for roboteers wanting to get their robot to a more advanced level and the subject varies from year to year. One advanced class was a line follower maze while another concentrated on control loops and programming precise control of your robot. 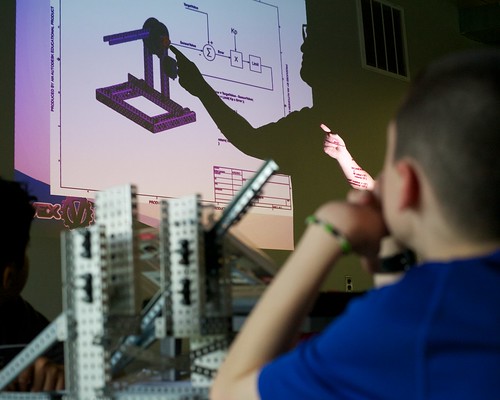 Each year, the new game is unveiled in April so we spend some quality time in each class analyzing the new game and tailor the classes to areas required to overcome the new game’s challenges.

Each year we do a robotics themed factory tour where we show practical applications of robotics and STEM careers. This is also an optional build time for those teams wanting to build over the summer months.

How long does it take to design and build a robot? A competitive robot will take between 40 and 60 hours of work to build and program assuming four team members. A world championship caliber robot will be between 100 and 200 hours. You will then have endless hours of making it better to score more and run more efficiently. Meeting once a week during the week does not offer enough time to build a competitive robot prior to January so optional build days on weekends are used to have quality time designing and assembling your creation..