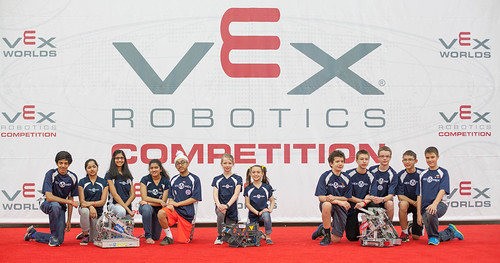 Team 80W Warpath performed extremely well in the VEX Robotics Competition Opportunity Division placing 12th out of 84 teams in the qualifying rounds and 12th in autonomous robot skills where the
robots are programmed to operate with no human interaction. 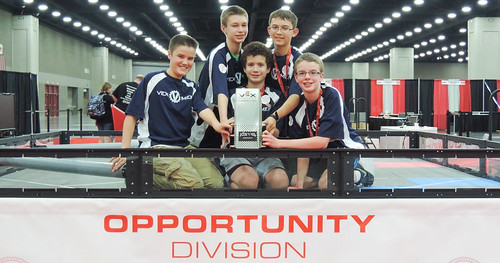 Team 92P Phoenix exceeded expectations in their first year of competing in the VEX IQ Challenge by placing 47th in autonomous robot skills out of 200 teams in the middle school division. 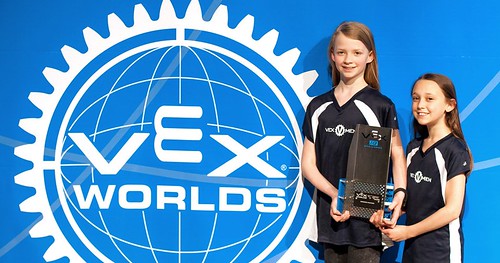 The “Design Award” is presented to a team that demonstrates an organized and professional approach to the design process, project management, time management and team organization. The winning team will be able to describe to judges through a presentation how they created and implemented an efficient and productive design process to effectively manage their time and resources to accomplish their project goals.

Team 80M Mercury showed their skills by placing 19th out of more than 170 teams in the VRC middle school division for autonomous skills and 27th overall for driver skills. 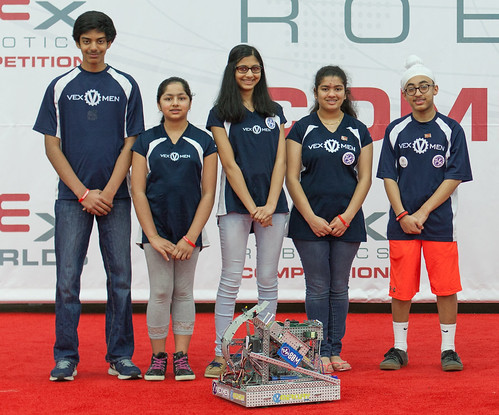 This year’s VEX Robotics World Championship tournament was certified by Guinness as
the largest robotics tournament ever with over one-thousand teams in attendance. The Downingtown based Vexmen teams are the largest Vex Robotics club in the world as well! We compete in the Vex Robotics Competition which is largest and fastest growing robotics competition in the world with over 14,000 teams coming from 38 countries. The top robots are invited to the Vex World Championships and showcases over 1000 teams in five groups from elementary through college.
[su_spacer size=”5″]
This is the seventh consecutive year the Vexmen have won an award at the Vex Robotics World Championships and their first time in Vex IQ. The Vexmen strive to educate and enhance their STEM education from elementary through high school with direct parental involvement and guidance. Students learn engineering, programming, building skills, presentation skills, and competitive drive.
[rev_slider alias=”worlds_2016″]