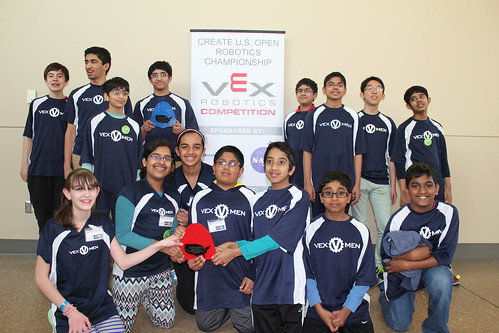 Team 80J Cannonball performed extremely well overall placing 7th out of 89 teams in the qualifying rounds and 7th in autonomous robot skills against middle schools from more than twenty states. The “Think Award” is presented to a team that has successfully utilized autonomous programming modes during competition. Quality, consistency and success of autonomous programs as well as the ability of the students to explain the programming process help to determine the winner of this award. Cannonball was honored by receiving one of only four judged awards at the middle school level.
All five students from team 80J Cannonball attend Downingtown Area School District’s Marsh Creek 6th Grade Center.

Team 81Z Professor X participated in a Mega Challenge in addition to the regular Vex competition. This task was to form an alliance with newly met teams and perform in a shooting gallery with your robot (that id designed for a completely different game). They shot down plastic cups from a distance of twenty two feet away where the cups were arranged on two levels of a target three feet apart. 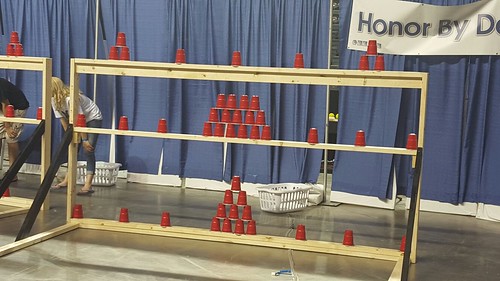 The Vexmen sent five teams to Council Bluffs, Iowa to compete in the CREATE U.S. Open. All five teams were judged for overall design and competed fiercely in competition. The four Vexmen middle school teams were team 80K Magik, 80Y Quicksilver, 80X Ghostrider, and team 80J Cannonball; the high school team representing the Vexmen was team 81Z Professor X.
The Downingtown based Vexmen teams compete in the Vex Robotics Competition which is largest and fastest growing robotics competition in the world with over 12,000 teams competing in 33 countries. The top teams are invited to the U.S. Open through special qualifications at local events. 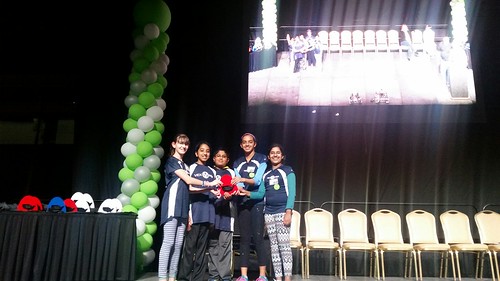 This is the first year that the Vexmen have won an award at the U.S. Open and second time in attendance. The Vexmen strive to educate and enhance their STEM education from elementary through high school with direct parental involvement and guidance. Students learn engineering, programming, building skills, presentation skills, and competitive drive.